Our organization was established in the year 1996 with the assistance of Fr. Lindo, a Filipino priest who was assigned to Holy Faith Catholic Church here in Gainesville, Florida. He was instrumental in creation of this organization.

The first meeting was held on Easter Sunday of that year, at Westside Park. The official name chosen for the organization was PAGASA, which stands for Philippines-American Association of Gainesville And Surrounding Areas. PAGASA is the word “HOPE” when translated into English.

The late Pablito Aragon was the organization's first president and filled that position until 1999.

The membership during his administration went from 20 to 60 members. He worked hard to encourage people in this organization to work together in formulating the essential concepts that gave our organization the needed strength to endure throughout the years.

For many years monthly “Last Friday Fellowship and Pot-Luck” get- togethers provided the members a chance to further socialize with each other. During these gatherings, the University of Florida Filipino-American students (UFFSA) were included.  Presently our association has 120 members. Throughout the years each administration has successfully organized projects and participated in a number of civics projects, like donations to the International Red Cross, The March of Dimes, and other local charities that have added value to our community.

What is PAG-ASA, INC?

To pursue activities that foster goodwill, friendship, camaraderie and to strengthen cultural ties among Filipino-American residents of Gainesville and surrounding areas.

To organize social, cultural, educational, historical awareness and spiritual activities for a better understanding of the Philippines and American culture. 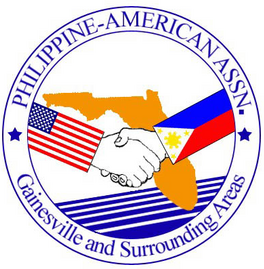 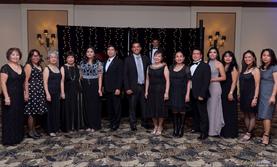 Thanksgiving Mass and Potluck Dinner. Due to Safety and Health precaution we will not observe this event this year. More events info

The History of PAG-ASA

The Philippine American Association of Gainesville and Surrounding Areas, Inc., was established in 1996.